Lesson 9: The Church and Education

Lesson 9: The Church and Education 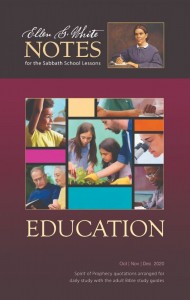 In the early church Christianity was taught in its purity; its precepts were given by the voice of inspiration; its ordinances were uncorrupted by the device of men. The church revealed the spirit of Christ and appeared beautiful in its simplicity. Its adorning was the holy principles and exemplary lives of its members. Multitudes were won to Christ, not by display or learning, but by the power of God which attended the plain preaching of His word. But the church has become corrupt. And now there is greater necessity than ever that ministers should be channels of light.

As they proclaimed the completeness of Christ, the risen Saviour, their words moved hearts, and men and women were won to the gospel. Multitudes who had reviled the Saviour’s name and despised His power now confessed themselves disciples of the Crucified.

Not in their own power did the apostles accomplish their mission, but in the power of the living God. Their work was not easy. The opening labors of the Christian church were attended by hardship and bitter grief. In their work the disciples constantly encountered privation, calumny, and persecution; but they counted not their lives dear unto themselves and rejoiced that they were called to suffer for Christ. Irresolution, indecision, weakness of purpose, found no place in their efforts. They were willing to spend and be spent. The consciousness of the responsibility resting on them purified and enriched their experience, and the grace of heaven was revealed in the conquests they achieved for Christ. With the might of omnipotence God worked through them to make the gospel triumphant.