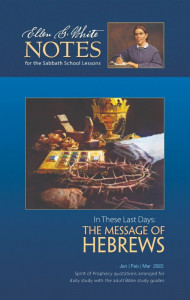 Christ … came to this world in human form, to live a man amongst men. He assumed the liabilities of human nature, to be proved and tried. In His humanity He was a partaker of the divine nature. In His incarnation He gained in a new sense the title of the Son of God. Said the angel to Mary, “The power of the Highest shall overshadow thee: therefore also that holy thing which shall be born of thee shall be called the Son of God” (Luke 1:35). While the Son of a human being, He became the Son of God in a new sense. Thus He stood in our world—the Son of God, yet allied by birth to the human race.

Christ came in human form to show the inhabitants of the unfallen worlds and of the fallen world that ample provision has been made to enable human beings to live in loyalty to their Creator.