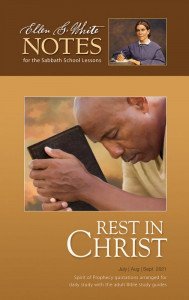 I was pointed back to ancient Israel. But two of the adults of the vast army that left Egypt entered the land of Canaan. Their dead bodies were strewn in the wilderness because of their transgressions. Modern Israel are in greater danger of forgetting God and being led into idolatry than were His ancient people. Many idols are worshiped, even by professed Sabbathkeepers. God especially charged His ancient people to guard against idolatry, for if they should be led away from serving the living God, His curse would rest upon them, while if they would love Him with all their heart, with all their soul, and with all their might, He would abundantly bless them in basket and in store, and would remove sickness from the midst of them.

A blessing or a curse is now before the people of God—a blessing if they come out from the world and are separate, and walk in the path of humble obedience; and a curse if they unite with the idolatrous, who trample upon the high claims of heaven. The sins and iniquities of rebellious Israel are recorded and the picture presented before us as a warning that if we imitate their example of transgression and depart from God we shall fall as surely as did they. “Now all these things happened unto them for ensamples: and they are written for our admonition, upon whom the ends of the world are come.”