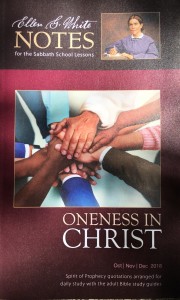 In these final hours of probation for the sons of men, when the fate of every soul is so soon to be decided forever, the Lord of heaven and earth expects His church to arouse to action as never before. Those who have been made free in Christ through a knowledge of precious truth, are regarded by the Lord Jesus as His chosen ones, favored above all other people on the face of the earth; and He is counting on them to show forth the praises of Him who hath called them out of darkness into marvelous light. The blessings which are so liberally bestowed are to be communicated to others. The good news of salvation is to go to every nation, kindred, tongue, and people.

In the visions of the prophets of old the Lord of glory was represented as bestowing special light upon His church in the days of darkness and unbelief preceding His second coming. As the Sun of Righteousness, He was to arise upon His church, “with healing in His wings.” Malachi 4:2. And from every true disciple was to be diffused an influence for life, courage, helpfulness, and true healing.