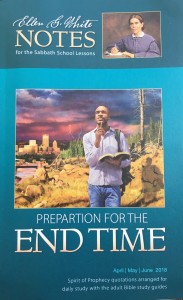 Two great opposing powers are revealed in the last great battle. On one side stands the Creator of heaven and earth. All on His side bear His signet. They are obedient to His commands. On the other side stands the prince of darkness, with those who have chosen apostasy and rebellion.

The powers of evil will not yield up the conflict without a struggle. But Providence has a part to act in the battle of Armageddon. When the earth is lighted with the glory of the angel of Revelation eighteen, the religious elements, good and evil, will awake from slumber, and the armies of the living God will take the field.